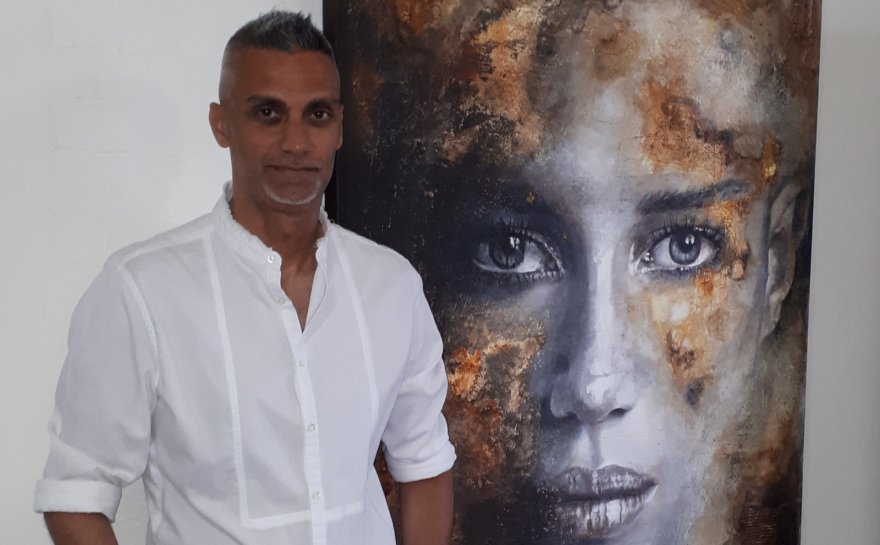 Pasquale Rapicano is a multi-material artist capable of immortalizing faces of strong impact, giving evocative and magnetic works in a succession of metaphors of life.

Pasquale Rapicano's works trace paths towards the past, giving shape to worn figurations, in which different ferrous materials, sand, paper and jute find space, in harmonious creations in which the details through which the artist communicates his life are enhanced. in the world.

Pasquale Rapicano was born in 1971, in Castellammare di Stabia, in the province of Naples.

From an early age, his ability to draw emerges overwhelmingly, accompanied by a curiosity for art that will emerge later, around the age of 27, when Rapicano begins to experiment with oil colors and acrylics on canvases. that feels.

Thus begins a communicative journey that the artist carries out with superb skill, giving free rein to emotions.

Over time, its distinctive element becomes rust, a metaphor for the distortions of the world, placed in contrast to human and animal figures, which propose positivity through their being alive.

Pasquale Rapicano's painting is multi-material, works of art in which the artist not only paints, but digs in the sand, builds, demolishes and reconstructs worlds that tell feelings and ideas that arise from the depths to arouse emotions in the observer.

Nails, screws and bolts emerge from the sand, paper and jute applied to the canvases that hook the material to the figuration, in an exaltation of the details that Rapicano uses in his works.

Rust, elaborated through years of study of color, seems to attack the faces of the artist of Neapolitan origins, yet it never manages to suffocate their lively and expressive features, because, as the painter seems to suggest, in the end good always triumphs, in an overbearing and clear exaltation of the message conveyed with his Art.

From his works, the bliss felt by the artist in the act of painting emerges, but also the visceral torment ignited in grasping and declining on the canvas the discomforts of contemporary society.

The theme that most of all attracts Pasquale Rapicano are the faces, captured in different expressions, but always characteristic of a particular moment, of a particular emotion, which oblige the observer to make suggestive re-elaborations, to the point of grasping its hidden message.

There are several of his works that are part of private collections, in Italy and in some foreign countries, including: Russia, England, Kenya, United States of America.