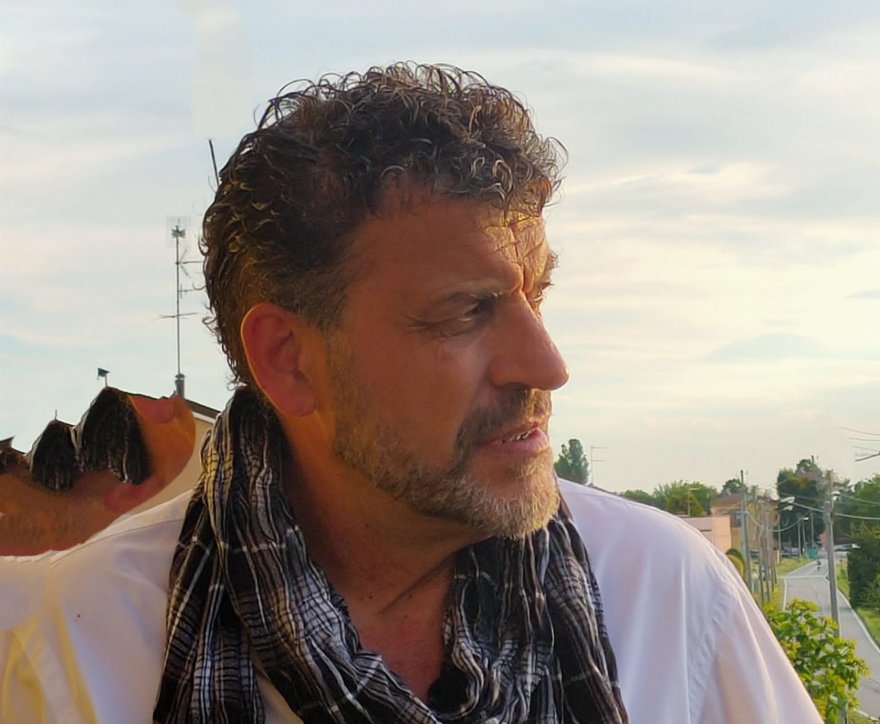 Marco Bagatin, born in San Bellino in the province of Rovigo in 1965.

In 1979 he moved with his family to Vigarano Mainarda in the province of Ferrara, where he currently lives and works.

In 1981 at the age of 16, he began his career as an apprentice in an artisan painting and decoration company.

In January 1989 he became a professional craftsman.

Over the years he attended courses to improve the application techniques of the various materials.

Among the various courses he attended is the decorator course at the Professional Construction Workers Institute in Bologna and the specialization course “marble simulation” at the FEL Academy.

In 2018 he was appointed master craftsman at the Accademia Maestri artigiani in Ferrara.

Over the years he discovers a real passion for the use of lime that pushes him in 2020 to express himself on an artistic level, creating paintings using in addition to lime also ink.

He is participating in various national and international competitions.