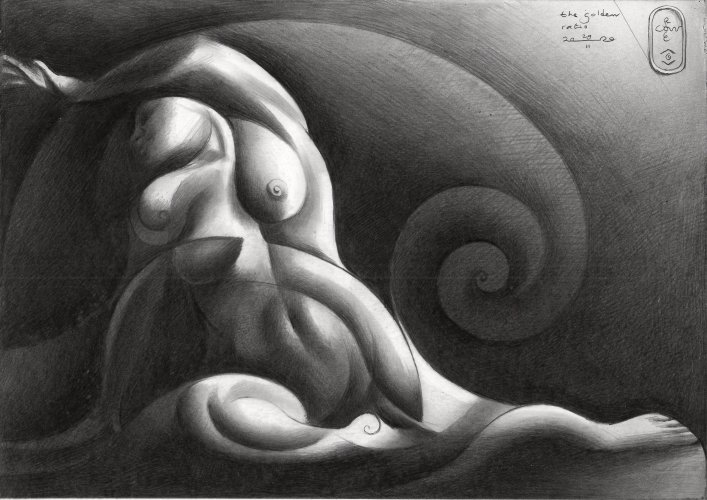 The Ratio is Everywhere

This Golden Ratio drawing came into existence very intuitively. I concluded some major projects and all of a sudden my agenda was empty again. You have to know I always have a drawing in progress, waiting for my students at Brugman, Voorburg. I have been drawing golden ratio curves for quite some time now. Such can be seen in my previous graphite pencil drawing The Premonition of Betty Page – 08-02-20. I wonder what came into me but I see them everywhere. When Spring arrives I am sure I see them in tree lines equally quantified as in female bodies.

In order to avoid a messy sight full of lingering lines I rendered every part to an almost complete black. Thereafter I could show golden ratio curves tone on tone. The whole idea was to have the curve show everywhere but only in a subtle way. That certainly is the case in the world around it. The golden ratio curve is all around us or rather defines us but most are not aware of that. Many works of art are often plainy considered to be pretty pictures just like human bodies. Hence I take it upon me to show what lies beyond visual results only.

Adam and Eve in The Garden of Eden