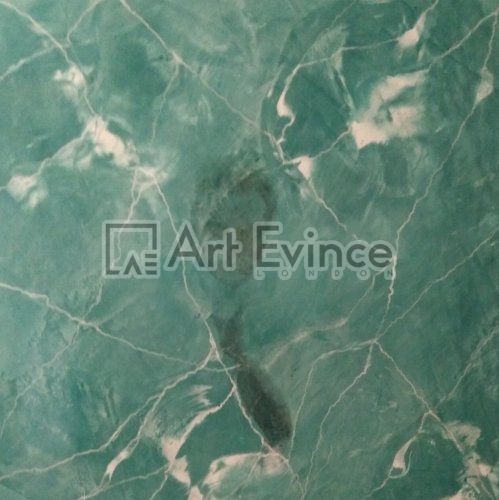 On a wooden table I wanted to create a fake marble, and the image of a man who tries to get out of the matter and says to be silent, especially in this historical period where the planet should speak less and do more. The material used is lime with a spatula, while the image was made in ink by transfer, setting it between the processes. Everything was polished with a hot iron and a protective coat as the final coat. To the touch it seems to touch a marble without any overlap. At first glance, observing the work is not a clear image, however, by carefully lingering and concentrating, you understand the image that I want to represent, creating an explosive emotion in me, with the aim that it is also for those who observe it. As long as I am inspired, the image will always be the same, while the colors will change every time, to make my paintings unique and unrepeatable.

“It is in the scenographic sense of abstract art that the true artistic quality is revealed in the images of dreamlike creativity and in the enchanted appearance of the human figure, where the vision is stimulated by an indefinite and aerial chromatism in the informal plots to open up to the imaginary of the collective unconscious with a singular expressive symbolism, while lyrical distances and magical secret reflections reveal an unexpected and idealistic spatiality for a new line of art. “