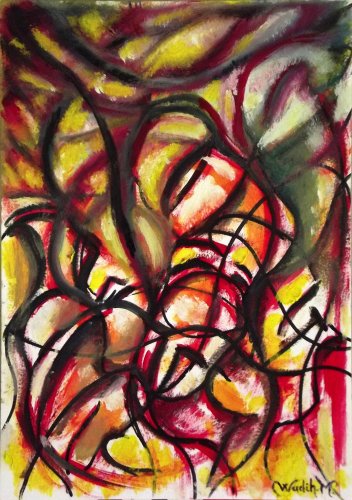 The main idea of the face combination is to mix many illusionistic figures together to create a special effect of a certain ambiance of a life scene related to human characters, and the role of many strokes in that painting makes a big influence to create that combination's effect to show the conceptual idea of a certain scene without forgetting the contrast dark light to clear the figures.
In that painting the process of the combined faces creates a scene of faces lost in color's'effects. The role of strokes create the effect of too many faces are inside each others unfinished which it cannot be well defined and clear and it makes you feel that they will to disappear somewhere somehow ! .

My aim in art is to show a high potential of expression and creativity.